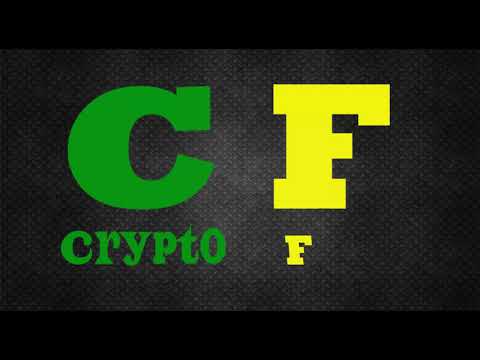 This has probably been discussed before, but I don't see how Bitcoin can be a safe method of storing wealth, given our current situation where the NSA observes EVERYTHING. Not just that, the NSA has installed backdoors in nearly all of our hardware. Both Intel and AMD processors likely have hardware backdoors for the NSA.
Back in 2010, the NSA broke a variety of cryptographic standards. In addition, we know that the NSA has lobbied organizations to implement weak cryptographic standards. Furthermore, we know that the NSA has pushed for flawed random number generators. Weak random number generators have previously led to the theft of large numbers of Bitcoin on mobile devices.
Bitcoin completely relies on the integrity of the SHA-256 algorithm, which was developed by the SAME NSA that intentionally pushes flawed cryptographic standards. Bruce Schneier no longer trusts the NSA's elliptic curve cryptography standard, as he believes they may have intentionally chosen a weak elliptic curve that the NSA can use. The numbers used are supposed to be random to make it unlikely that anyone could exploit a weak curve, but the NSA provided different numbers, that are non-random.
Vitalik Buterin argues that we can expect Bitcoin not to use a weak curve, as the numbers used in Bitcoin are fairly simple to calculate, whereas arbitrary numbers would create the possibility of Satoshi using an intentionally weak curve.
However, it seems to me that we can argue the exact opposite as well. For p, Bitcoin uses 115792089237316195423570985008687907853269984665640564039457584007908834671663, which is arrived at by calculating 2256 – 232 – 977 and seems fairly arbitrary to me as well.
Perhaps the main cause of my worries is the fact that the NSA in 1996 created a document outlining how to make a digital currency based on cryptography. Thus we know that the NSA has been studying the possibility of cryptocurrencies for a long period. Considering how the NSA manages to keep control over cryptography by releasing weak standards itself, is it possible that the NSA attempts to do the same with cryptocurrency?
Finally, I'm very worried about who this anonymous hacker who calls himself Satoshi Nakamoto might be. The Bitcoin source code contained different incomplete ideas that were never implemented, such as a decentralized marketplace (this is from memory, can't find the link). It all seems very ambitious to be the product of a single individual.
What is most worrying about Satoshi Nakamoto however is what is found in the blockchain. There's a non-random distribution of nonces in the early blockchain. What this means is that Satoshi Nakamoto was mining Bitcoin with a mining rig that was completely different from what everyone else was using back then.
It seems that he used 58 different computers, all with a different ID and all programmed to use different nonces to avoid checking the same possible solution multiple times, and at some point some of the computers broke down and were not put back up. This is not a genius amateur, but rather, someone with access to a lot of equipment. What makes all of this worse, is the fact that most of these blocks appear never to have moved. In other words, whatever entity mined these blocks probably still has control over them and doesn't seem to be motivated by personal gain. Rather, their control over about 1 million Bitcoin seems to have created a kind of "deathswitch", that allows them to crash the market at will.
Finally, Nakamoto's behavior is strange. As noted by others, his timezone seems to indicate he lived on the West Coast, yet his language uses British spelling. Furthermore, he took up to two weeks to respond to comments, indicating that anything he said seemed to require approval from higher ups, or agreement among multiple persons.
In conclusion, there is nothing here that indicates to me that we are dealing with a project designed by a regular Joe. Instead, we seem to be sitting on a ticking time bomb, a ten billion dollar experiment that could be deflated at will and cause economic chaos in the process.

How DPR might spend his millions from inside of prison

I spent some time thinking about how DPR might spend his millions from behind bars. Here's what I came up with. Can you do better?
 Imagine that DPR is in prison and he's got 80 million dollars worth of BTC in a brainwallet. For example, all stored with the passphrase "correct horse battery staple" (c.h.b.s for short). The Feds want that money and they're definitely not going to let him send it to anyone so they're not letting him use a computer, especially not one connected to the internet.
If he had access to a computer, he could write a transaction from behind bars and pass it on a piece of paper to someone on the outside. But he doesn't. And if he did, that computer would have a keylogger.
His next alternative is to write c.h.b.s on a piece of paper and pass that to someone. But he'd then be trusting all his 80 million to one person. That's not safe, either.
Assuming some planning, maybe he divided up his money into tens of thousands of bitcoin addresses, each one with, say, 20BTC. Now he can give out private keys as needed, written down, and spend money in increments of 20BTC.
The problem with that is that he has to memorize thousands of passphrases. One option, he could use:
but someone would catch on to the pattern and take all his money.
In prison he might have books. Instead of numbers, he could use the first letter of words in a line from a book, like Romeo and Juliet. Like this:
Harder to crack but it's just obfuscation. If someone figures out the book, he's screwed.
Ideally, he would have a hash function that could be computed with innocent things that you'd find in a prison: a deck of cards, a book, maybe a calculator. Bruce Schneier invented a cryptographic algorithm that uses a deck of cards. If you had a good hash function that you could do mechanically, you could use those outputs at http://brainwallet.org:
A deck of cards is surprisingly strong. The order of a random deck of cards is about 200bits of entropy, even more than a 160bit bitcoin hash, so a deck of cards could be useful.
 That's as far as I got. Any better ideas? How do you store 10,000 brainwallets in your brain without using a computer? Or make transactions without a computer?